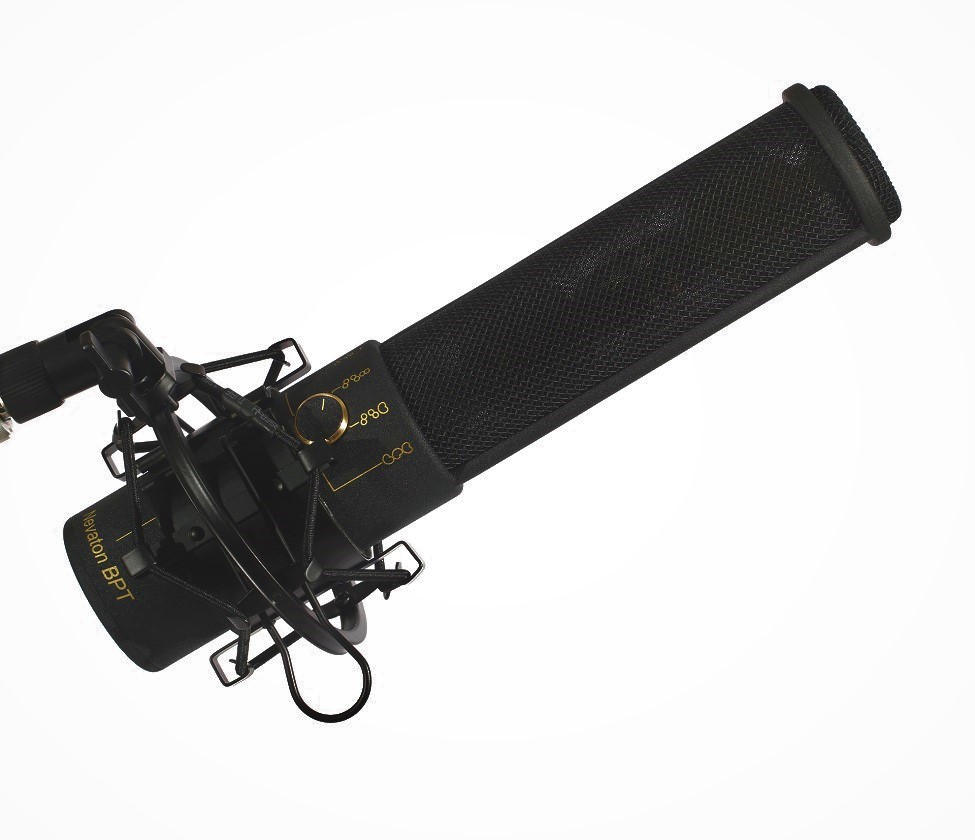 The ultimate one-mic-recording solution – from high-class mono vocal recordings, to stereo- or surround recordings of symphonic orchestra. A three-capsule microphone with variable patterns, centre-zoom function and set of features which have been developed and tested in some of the worlds most famous concert halls. The Nevaton BPT is a unique microphone which is available in limited amounts.

Based upon a design of Dr. Edwin Pfanzagl-Cardone, head of the acoustic department of the Salzburg Festival (Salzburger Festspiele), Nevaton designed a unique microphone which gives a direct reference to the inventor in its name – Nevaton BPT, Blumlein-Pfanzagl-Triple, a three-capsule mono, stereo- and surround-microphone with centre-zoom function.

The Nevaton BPT provides a beautiful and incredibly accurate stereo (or surround) image. A third center-capsule allows to add as much acoustic focus to the centre image as needed. The microphone has switchable directional patterns, which means that the centre capsule can be switched to cardioid, to figure-eight or to omni characteristics, the side capsules can be switched to figure-eight or cardioid as well.